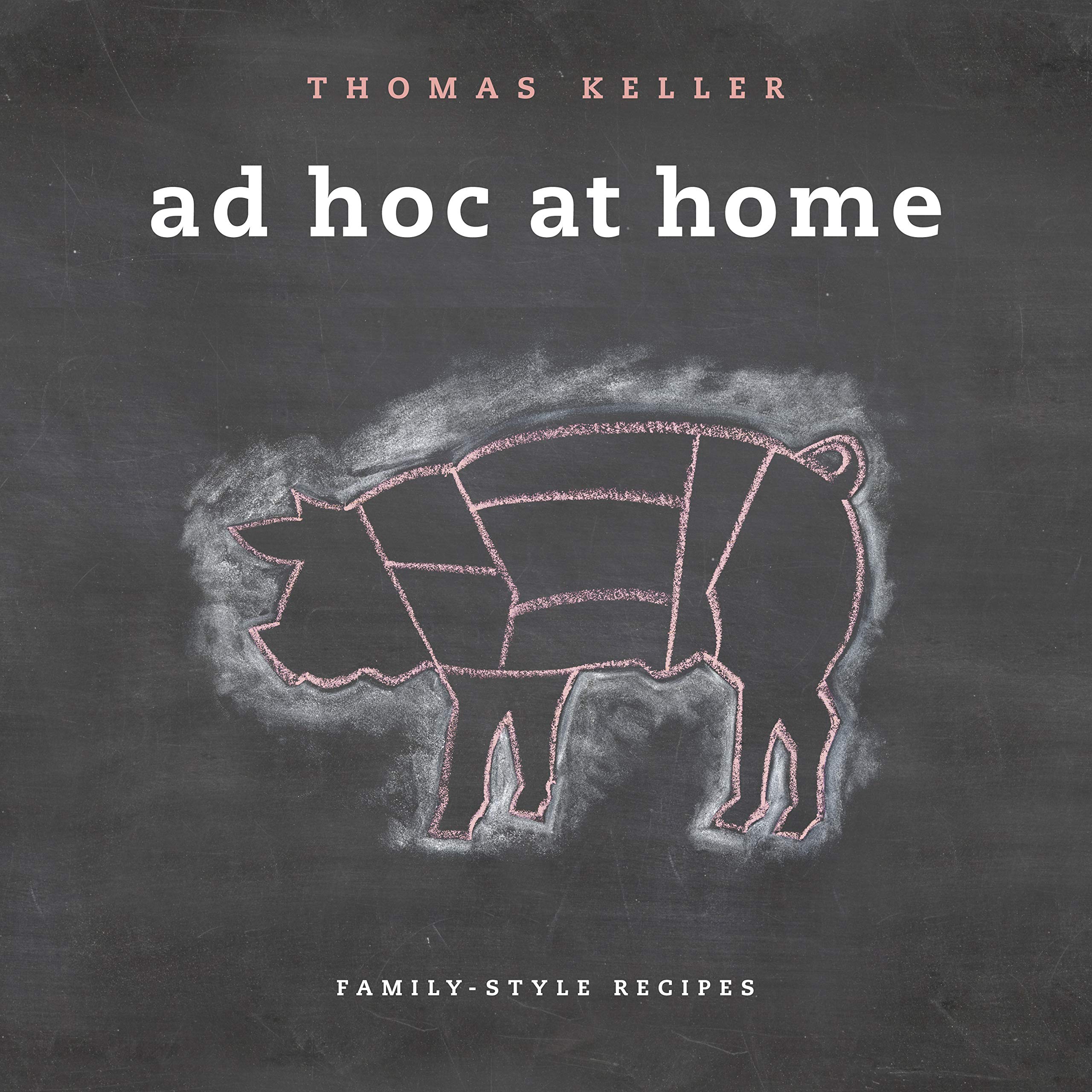 Thomas Keller shares family-style recipes that you can make any or every day. In the book every home cook has been waiting for, the revered Thomas Keller turns his imagination to the American comfort foods closest to his heart—flaky biscuits, chicken pot pies, New England clam bakes, and cherry pies so delicious and redolent of childhood that they give Proust’s madeleines a run for their money. Keller, whose restaurants The French Laundry in Yountville, California, and Per Se in New York have revolutionized American haute cuisine, is equally adept at turning out simpler fare.

In Ad Hoc at Home—a cookbook inspired by the menu of his casual restaurant Ad Hoc in Yountville—he showcases more than 200 recipes for family-style meals. This is Keller at his most playful, serving up such truck-stop classics as Potato Hash with Bacon and Melted Onions and grilled-cheese sandwiches, and heartier fare including beef Stroganoff and roasted spring leg of lamb. In fun, full-color photographs, the great chef gives step-by-step lessons in kitchen basics— here is Keller teaching how to perfectly shape a basic hamburger, truss a chicken, or dress a salad. Best of all, where Keller’s previous best-selling cookbooks were for the ambitious advanced cook, Ad Hoc at Home is filled with quicker and easier recipes that will be embraced by both kitchen novices and more experienced cooks who want the ultimate recipes for American comfort-food classics.

There are no reviews yet.

Added to wishlistRemoved from wishlist 0
Add to compare

Added to wishlistRemoved from wishlist 0
Add to compare
$15.00

Baron-shopping.com participates in the Amazon Services LLC Associates Program, which is an affiliate advertising program designed to provide a means for websites to earn advertising fees by advertising and linking to amazon.com

Affiliate Disclosure: As an Amazon Associate, we may earn commissions from qualifying purchases from Amazon.com. You can learn more about our editorial and affiliate policy .